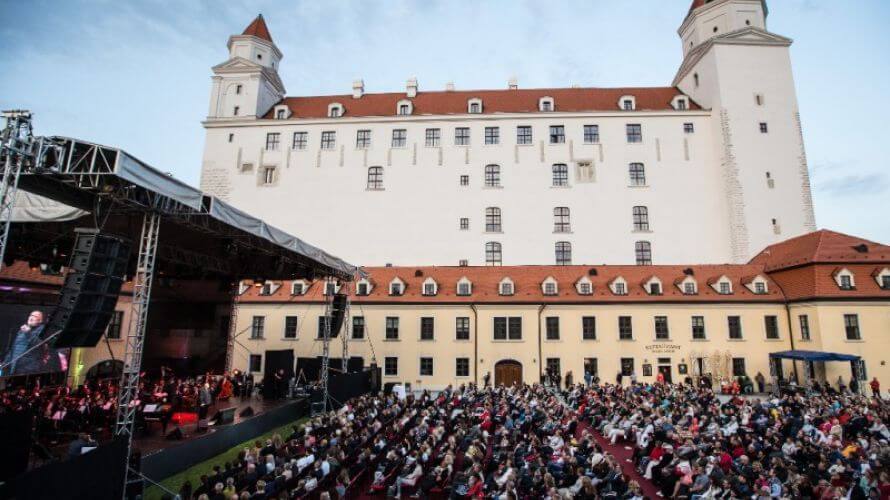 Whenever you visit Bratislava, you will not be bored. But if you're wondering which season is best for your visit, we offer you an overview of the events that will take place in Bratislava in June.

It is the largest city festival. He creates a scene full of multi-genre programs in Bratislava. What is special about this festival is that it lasts the whole summer season and will certainly make your stay and accommodation in Bratislava more varied and pleasant. New but also ongoing projects will be ready from June. You can look forward to the Knights of Devin, the Cathedral Organ Festival or the International Guitar Festival. If you are a fan of film, literature or sports, there is a Traveler Cinema, a summer reading room near Raka or Bratislava - inline.

If you are a lover of the glorious royal past, then you will come into your own. The series of events will last a week from 23 to 30 June. If you come for a whole week and do not want to miss a bit, do not forget the cheap accommodation in Bratislava, which will offer hostel Bratislava. The coronation celebrations will be enjoyed by visitors and residents through several cultural programs, theater performances, contemporary music production and worship services.

The Slovak punk-rock band The Offspring will be coming to Slovakia and Bratislava, which has already recorded 9 albums and one extra album with the biggest hits. This band has played more than 1,100 concerts and will come to Bratislava on 13th June with a full-featured playlist featuring the biggest hits with new pieces.

He announced his tour for the summer season 2018 and will not miss Bratislava. Lenny is considered an excellent rock singer of today. It is a reflection of the first-class style, music and rock classics he has earned during his 20 years of career. She will perform in Bratislava on 5 June 2018 at the National Tennis Center.

From June to August, a festival will take place in Bratislava, which will bring its visitors unique musical projects not only from domestic but also foreign artists. The festival will bring classical music in a modern way in unconventional venues, unconventional contexts and without anybody collecting entrance fees from you. Viva Musica! is the biggest international summer music festival in Bratislava.

You'll see, in the summer, Bratislava simply charms you.