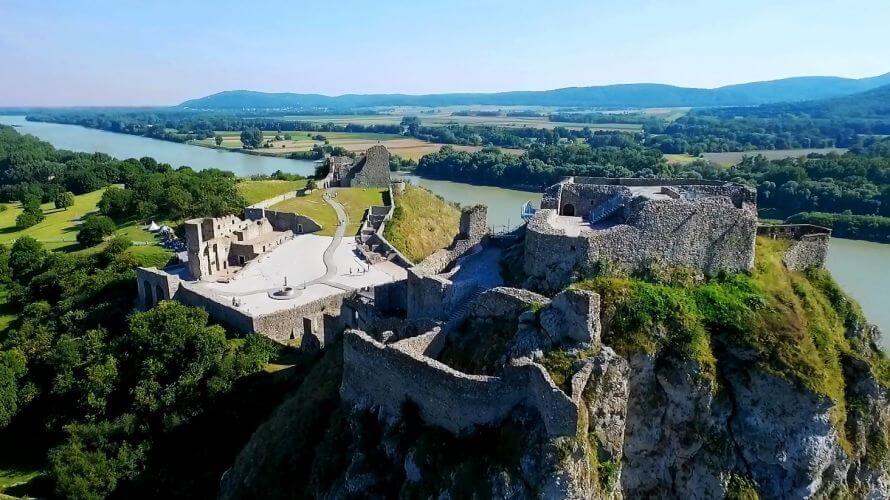 If you decide to visit the capital of Slovakia, do not miss the Devín Castle distant from the city center 40 minutes by public transport, 20 minutes by car, boat from the port of Bratislava (April to September daily except Monday and September to October on weekends) - the return ticket price is 13 - for an adult. If you are not going to visit Devín with children, you can also reach it by bike, but the cycle route leads only to the city part of Karlova Ves and from there it is necessary to go along the road.

The first written mention of this castle dates back to 864, it is one of the oldest Slovak fortresses and even though it remains only a ruin to this day, it remains a popular tourist attraction of Bratislava. It is located above the confluence of the Morava and Danube rivers and offers views of Austria. Below the Castle, near the river, there are two memorials - the first victims of the Iron Curtain in Czechoslovakia, called the Gate of Freedom, which was unveiled on 17 November 2005 and recalls the names of 400 victims who tried to escape across the border in 1946-1989 Europe made of barbed wire, which was part of the fencing separating Czechoslovakia from Western Europe. If you go to this monument, you can see on the left side of the abandoned building, which in the past served as a restaurant and amphitheater, but the current dilapidation and its reconstruction is in sight. Near the Castle there is a falconry and a contact mini zoo, where you can watch flight demonstrations of birds of prey, with which you can also take pictures. Fortunately, after visiting the Castle and its surroundings, there are several restaurants and snacks in the area where you can refresh yourself and taste the traditional Devin's currant. Devín is also a great starting point for excursions to Dúbravská hlavica, White Rocks, TV tower on Chamois or paleontological site Sandberg in Devínska Nová Ves. In Devínska Nová Ves you can also find the Freedom Cycle, or as a result of the 2012 poll called the home "Chuck Norris Bridge". The bridge takes you all the way to the Austrian Schlosshof and is a tribute to the victims who died there on their way to freedom.