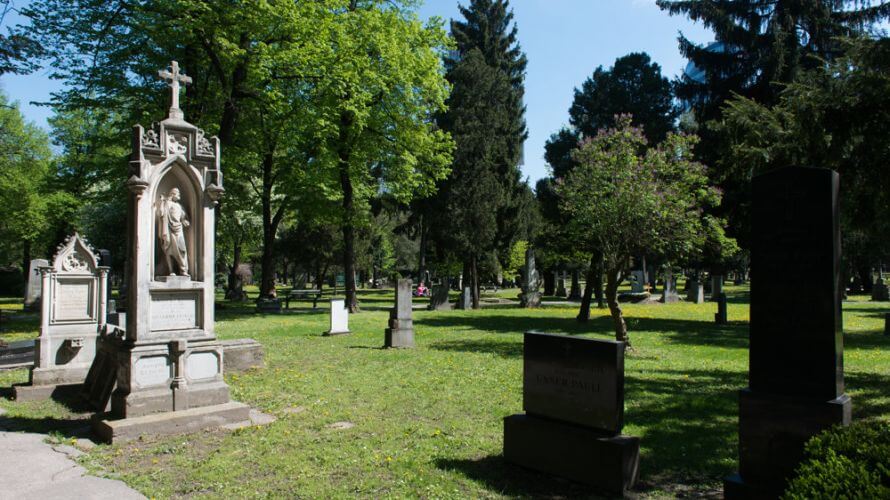 Bratislava has a lot of interesting historical sites. However, only a few of them can transfer you straight from the hustle and bustle of a modern city to a place full of history and tranquillity.

St. Andrew's Cemetery is one of the oldest cemeteries in Bratislava. Since 1988 it belongs to the Cultural Heritage of Slovakia. Opened in 1784, it was situated on the outskirts of the city -which seems almost unbelievable, since these days it's a part of the city centre.

It was operating for almost two centuries and it's apparent - whether you read names and dates on tombstones or look at the architecture (mix of neo-Ghotic, neo-Renaissance and Classicism). Situated on the right side of the entrance, there's a chaple-turned-church, finished in 1860.

This place has its own, unique vibe. During the 80's there was an attempt to turn the cemetery into a publicpark, which did not go as great as planned. Sadly, part of the cemetery was destroyed during the process; but maybe it was that unsuccesful renovation what created an ambience where one doesn't feel uneasy even when walking around a cemetery.

It's not completely unusual to see people resting in the shadow or sitting on a bench during sunny days. If you are interested in history try walking amongst the tombstones. It's a place of final rest for a lot of important and interesting people not only from Bratislava, but the whole Austro-Hungarian Monarchy.

If you reserved accommodation in Bratislava you sure won't regret paying it a visit. Patio Hostel Bratislava is just 5 minutes by foot away from St. Andrew's Cemetery. And in case you don't feel like visiting a cemetery, there is a park called Medicka Garden just next to it where you can get a tasty icecream in the summer, sunbathe and simply relax.