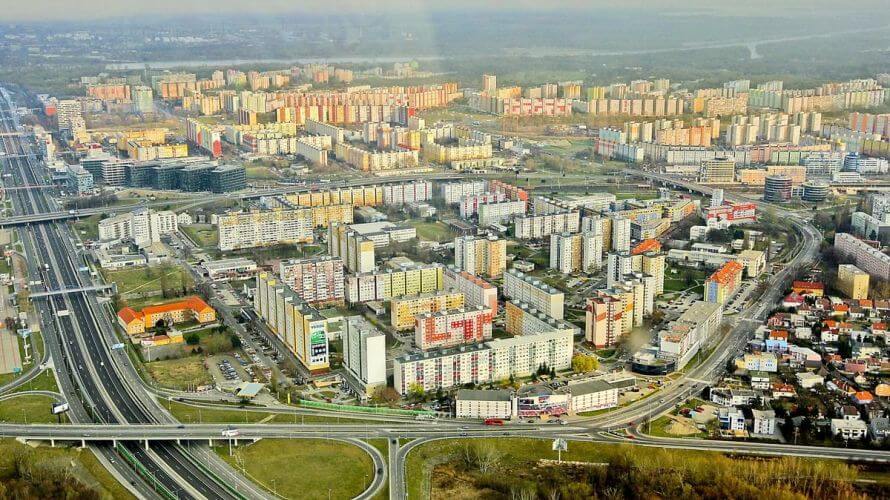 Very few visitors of our capital are interested in the Bratislava district on the right bank of the Danube. Petržalka was founded in 1920 in the then Czechoslovakia and gradually became the largest inhabited city not only in Bratislava, but also in Central Europe with a population of about 100 000. This "concrete jungle" is built by prefabricated houses, but over the past years added paint.

In 1938 Petržalka was part of Nazi Germany and the border between Bratislava was the Old Bridge. She was liberated in 1945 and joined Bratislava again in 1946. In the past, it was also called the "Bronx" of Bratislava for a high level of crime, but since 2008, crime has been at the level of other city districts. At present, it is one of the most advantageously situated city districts with regard to the proximity of the Hungarian and Austrian borders, but also thanks to fast access (within 10 minutes) to the center of Bratislava, either by public transport or by car. Petržalka is connected to the center of Bratislava by 5 bridges - Port Bridge, Apollo Bridge, Old Bridge, SNP Bridge and Lafranconi Bridge.

Petržalka was also the place where construction of the Bratislava metro started and never finished. Construction began in 1988 and two years later was suspended due to lack of funding. The depot of this dream metro has since been located at the end of Petržalka and until the beginning of 2019 it served only as a legal wall for street art artists, and in 2016 as a concert hall for an alternative event. In March 2019, however, it was largely demolished and gave way to modern Petržalka in the construction of a new tram line.

The history of Petržalka is not just black. Until 2004, Tyršovo Embankment was the only Bratislava funfair where you could find a ferris wheel, a mirror labyrinth, an autodrome, a haunted house, a roller coaster and a shooting range. Nowadays, Petržalka takes on different contours and becomes a city district suitable for everyone. You will find two natural lakes (Malý a Velký Draždiak) with bathing water, Technopol congress center, Petržalská market and market in the residential area of ??Sunflower, several houses of culture, reconstructed theater Arena, Incheba Expo Arena, Aupark shopping center with adjacent park Sad Janko Kráľ, which is the oldest public park in Central Europe, and in the summer months, on the right bank of the Danube below Ufa stretches Magio beach.