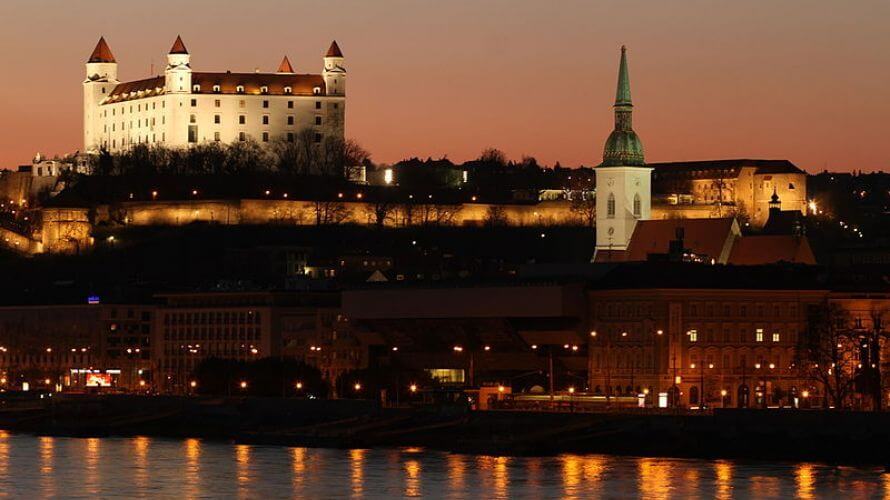 Each capital city should have a historical landmark, which can be exhibited by curious tourists. The capital of Slovakia proudly presents Bratislava Castle in the information brochures, otherwise known as the reverse chair. The castle is located on a hill not so high - the way up, first through a narrow street and then up the stairs, takes quite a short time. Another way to get to the castle is to go by car or by public transport. There is a bus stop next to the National Council and it is only a few meters from the castle. The Bratislava Castle was built in the 11th century, but on the castle hill history began to be written much earlier. Thanks to archaeological research, we know that the hill was inhabited 2500 years before Christ, the first written record dates back to 907. It was then mentioned under the name Pressalauspurch in the Salzburg Chronicle in connection with the battle between the Hungarians and the Bavarians. Over the centuries the castle was rebuilt several times and served several purposes. In 1811 it burnt down and for more than a hundred years it became a ruin. It was first reconstructed in 1956 - 1968 and it got its present form after the reconstruction in 2008 - 2014. We recommend you to visit the castle for several reasons. First you will be enchanted by the view of the Danube, the whole city and some parts of Bratislava, and you will not want to leave at sunset. A few steps further you can sit under the crowns of massive trees or go for a walk around the castle, where the original remains of buildings are found several centuries ago. Hunger and thirst will be experienced in the castle restaurant, taste for art or history in the exhibition space. There are several expositions and exhibitions in the castle area, which are gradually changed. The castle museum is open from Tuesday to Sunday from 10.00 to 18.00. All of the above mentioned possibilities are the glowing treasures of Bratislava Castle, you can only fully enjoy them.