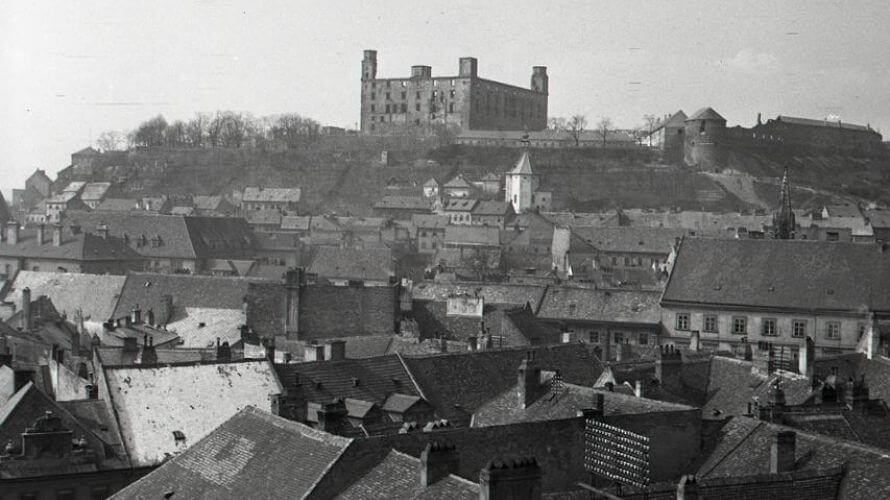 History can excite to some degree about everyone. Of course, it's about how and what it can fascinate us about. For some, it may be knowledge, for others stories or facts and detailed information, and for others, beautiful historical images or photos may suffice.

Although we are a small country with an even smaller independent history, we have preserved monuments and places in our territory that have experienced a lot. Today we appreciate them even more, they have even become tourist attractions and the sight of them makes us proud and proud of the people of our country. Our capital was also a beautiful and pleasant place in 1959, as evidenced by historical photographs.

The Bratislava Castle was only ruins that year, but it has been a long time since, and today this historic seat of monarchs is dominant, overseeing the entire city below. There is a beautiful view from the high tower, where the crown jewels had been stored, to the whole city and even to the neighboring country.

Of course, the view of the whole of Bratislava was quite different from what it is today. Especially the view of Petržalka is breathtaking. One bridge across the Danube and everywhere only forest and beautiful greenery. So it is a huge difference and it is up to each of us how the feelings will make this comparison.

Another good example is the Hotel Devin, which was a timeless building. Even then, it was popular and one of the most spectacular buildings in Bratislava. Its appearance was reminiscent of a new era, and apparently it was, as it has not changed much and is still one of the best places to stay in Bratislava.

The Michalska Gate and the adjacent bridge also remained beautiful historical and well-preserved monuments. They remind us of history every single walk through them. The same is true of Michalská Street, but of course it has been partially modernized in the form of new and modern shops and various businesses.

Pride is certainly Hviezdoslavovo Square, which is the Slovak National Theater and next to Hotel Carlton. All of them were already important places in Bratislava at that time and it is still the case. Their appearance has preserved beautiful historical features, which makes Bratislava's Old Town worthy of walking and learning. Hotels have naturally changed more, but they are still among those people remember and remember. This gives them a certain amount of importance and therefore it is difficult to rank them as cheap accommodation in Bratislava. But perhaps they are exactly what connects tourists with the sights in our capital. For those looking for cheaper accommodation in Bratislava there are many possibilities, such as hostel Bratislava.