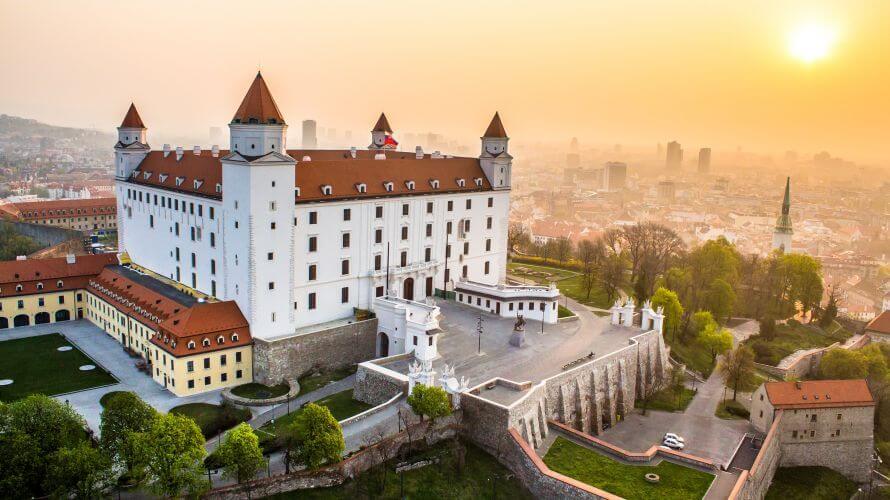 Bratislava is one of the favorite tourist resorts every year. This is evidenced by the annual increase in its visitors. In addition to cheap accommodation in Bratislava, you will also find many quality restaurants, as well as nice monuments. It is definitely worth mentioning the Michael Gate. She got her name on the basis of a church that stood in the suburbs near the gate. Originally this tower was built in the 14th century, but it was gradually enlarged twice and modified until it reached its present appearance. Not far from Michalská Gate is Grassalkovič Palace. This Rococo palace was originally built for the President of the Hungarian Royal Chamber and Advisor to the Empress Maria Theresa, Count Anton Grassalkovich. At present the palace is the seat of the President. Behind the palace is the presidential garden, which is also publicly accessible and provides a nice refuge from the noise of the city. However, the biggest attraction of Bratislava is its castle. This landmark of the capital of the Slovak Republic was built in the 11th century as a stone palace and the church of St. Salvator with a chapter. Then the castle served as the seat of Hungarian rulers and later as a barracks for soldiers. In 1811 he was hit by a fire, but the castle was not reconstructed until 1953-1968. At present, the castle serves as a representative seat of the National Council of the Slovak Republic and also exhibits of the Slovak National Museum are located here. For sightseeing, we recommend using public transport or walking, as it is quite difficult to park in the city center. If you are looking for suitable accommodation in Bratislava, it will certainly not be difficult, as there are many options. The best and cheapest it comes out in Bratislava at the hostel. For quality food you can go to traditional Slovak restaurants, but you can also try Asian, Italian or other foreign cuisine.