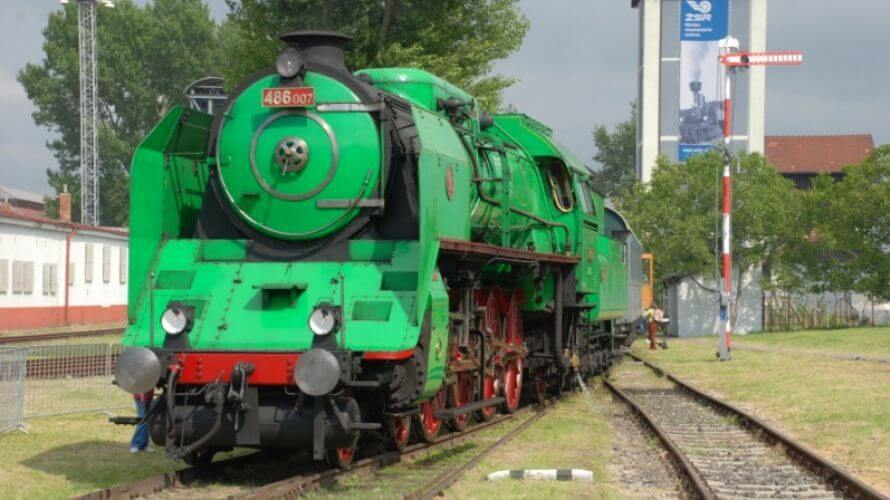 The Company Railway Museum (Museum-Documentation Center - MDC) was founded in 1983 as an organizational unit of the former ČSD Eastern Railway Administration in Bratislava. In the 1990s it became a part of the Railway Research and Development Institute (VVÚŽ).

The exposition of the museum is located in the old depot. It began to be built at the end of the 19th century for the needs of the newly established marshalling yard called Pozsonyirendezőpályaudvar. Until the end of the 1970s, the depot was used for the operational treatment and repair of locomotives used in freight transport. After the operation of the repair shop the building began to deteriorate. Until 2008, MDC presented its collection items at the Transport Museum - located at the Bratislava Central Station. On the occasion of the 10th year of the nationwide reunion of historic railway vehicles, the permanent opening of the permanent exhibition took place. In the permanent exhibition of the museum there are old historical locomotives and wagons. For the sake of completeness, for example, mention the locomotive "Little Red Riding Hood" T 444.0060 and "Sergei" T 679.1312. This Sergei starred in the 1997 American film Peacemaker. In addition to large locomotives, there are also sinks in the collection.

In addition to the technology, there is a display of historical railway facilities in the museum. Such as old mechanical beacons, mechanical barriers, coal lift and other machinery used in railway line maintenance. In addition to the permanent railway exhibition, the museum organizes a number of events for fans of historic railways throughout the year. Among the best known is the above mentioned meeting, which takes place every second weekend in June. During this weekend, historic vehicles from all over the former Czechoslovakia, as well as from neighboring countries, will meet in Bratislava. For visitors there is always a rich cultural program and extraordinary departures of historic trains around Bratislava and its surroundings. St. St. Nicholas is a special steam train ride in Bratislava. Of course, there is no devil and Nicholas on the train. During the season, which runs from 15 April to 15 October, the museum is open as follows: Tue - Fri 10.00 - 16.00 and Sat - Sun 10.00 - 17.00. The museum can be found on Dopravná street no. 2, in the local part of Bratislava-Raca. More information about the museum can be found at www.mdc.sk.